We hope to see you soon. 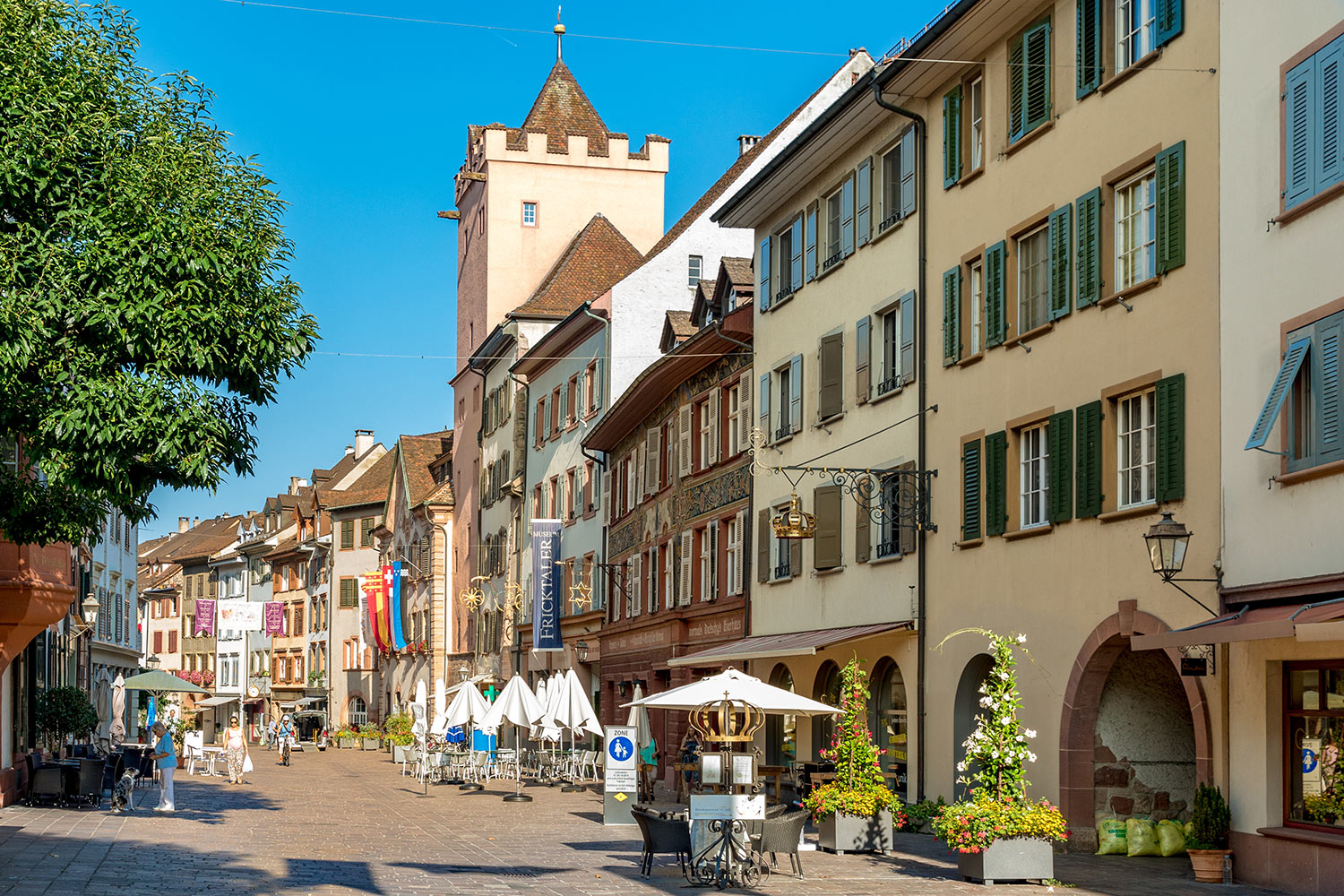 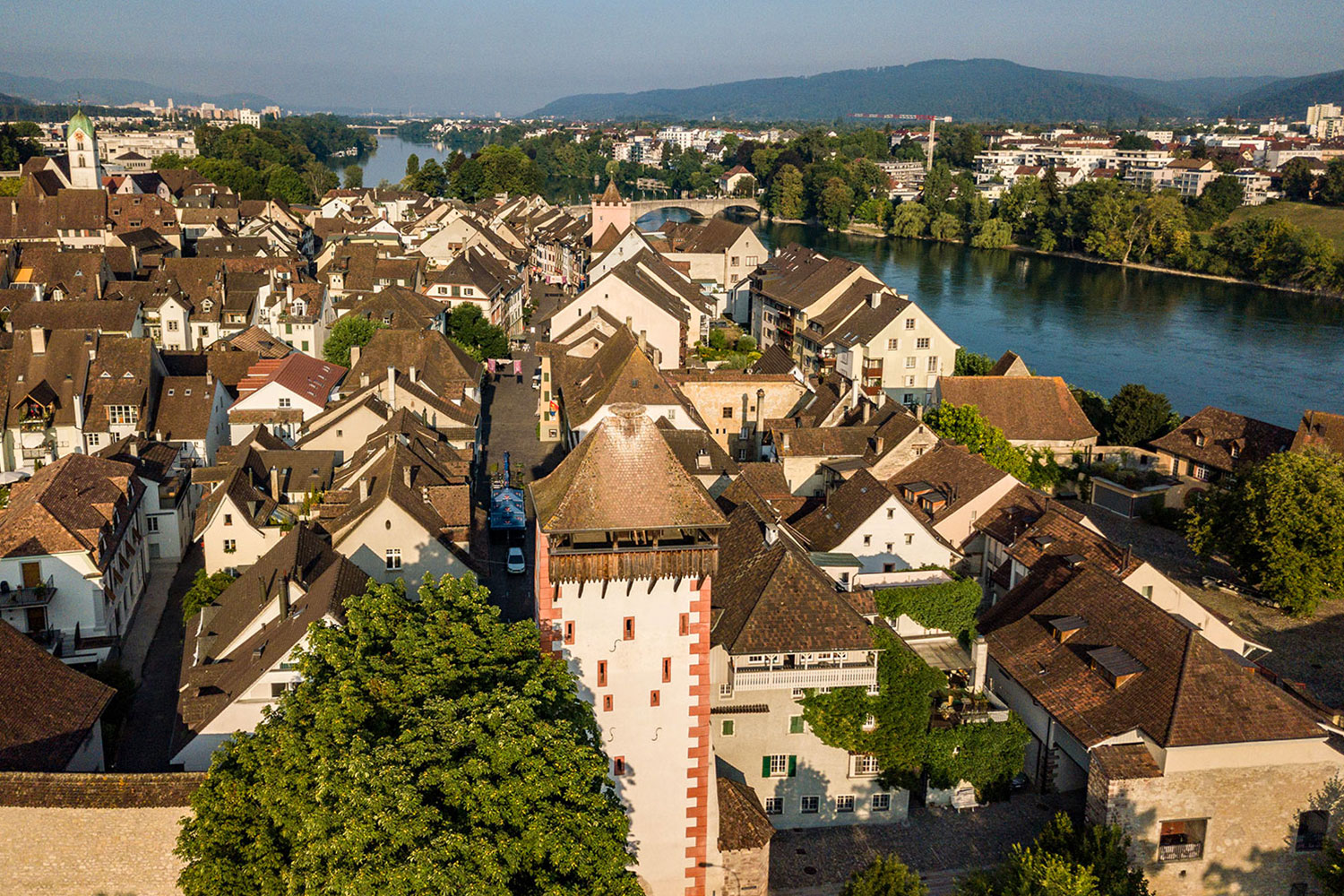 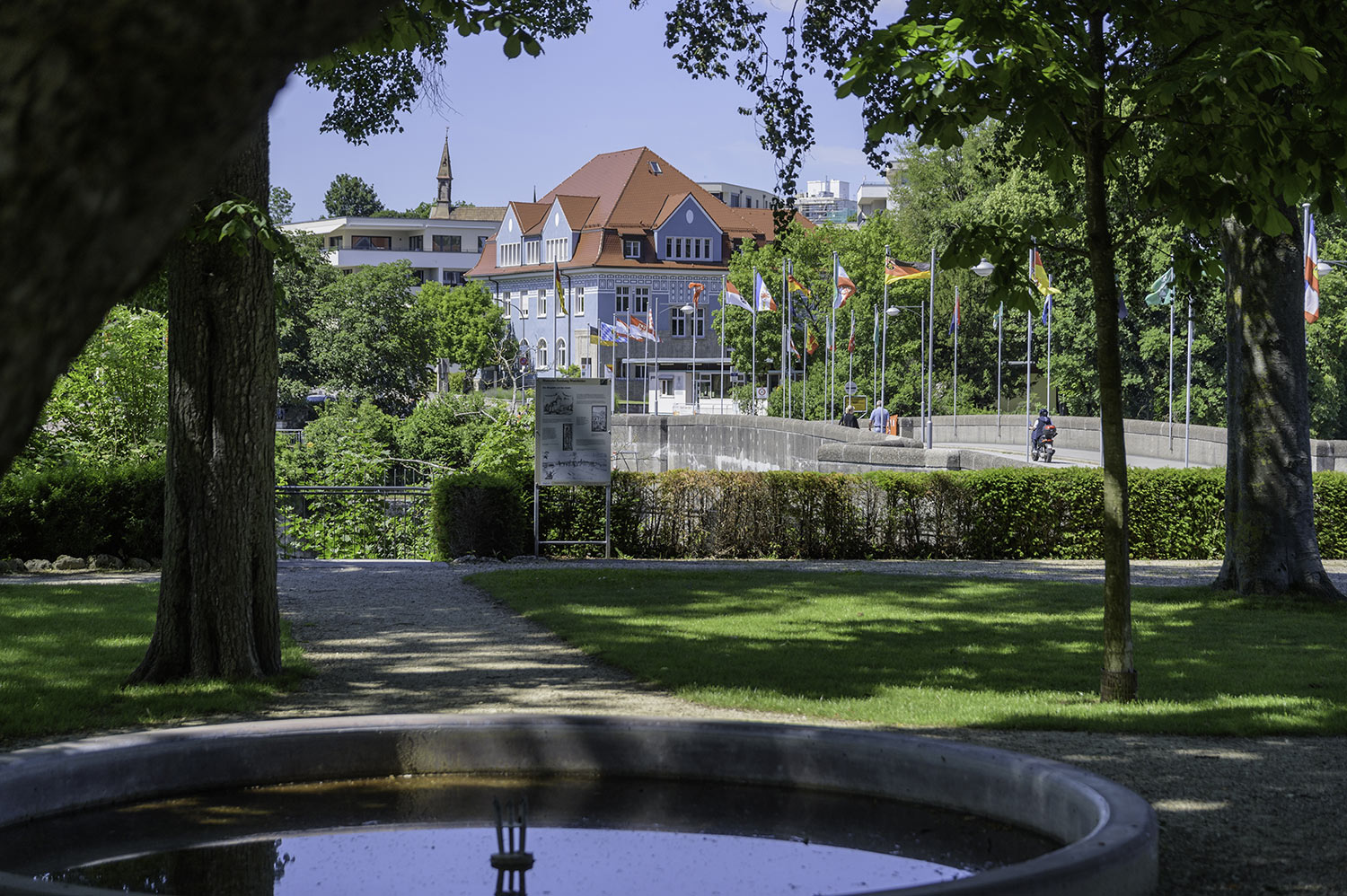 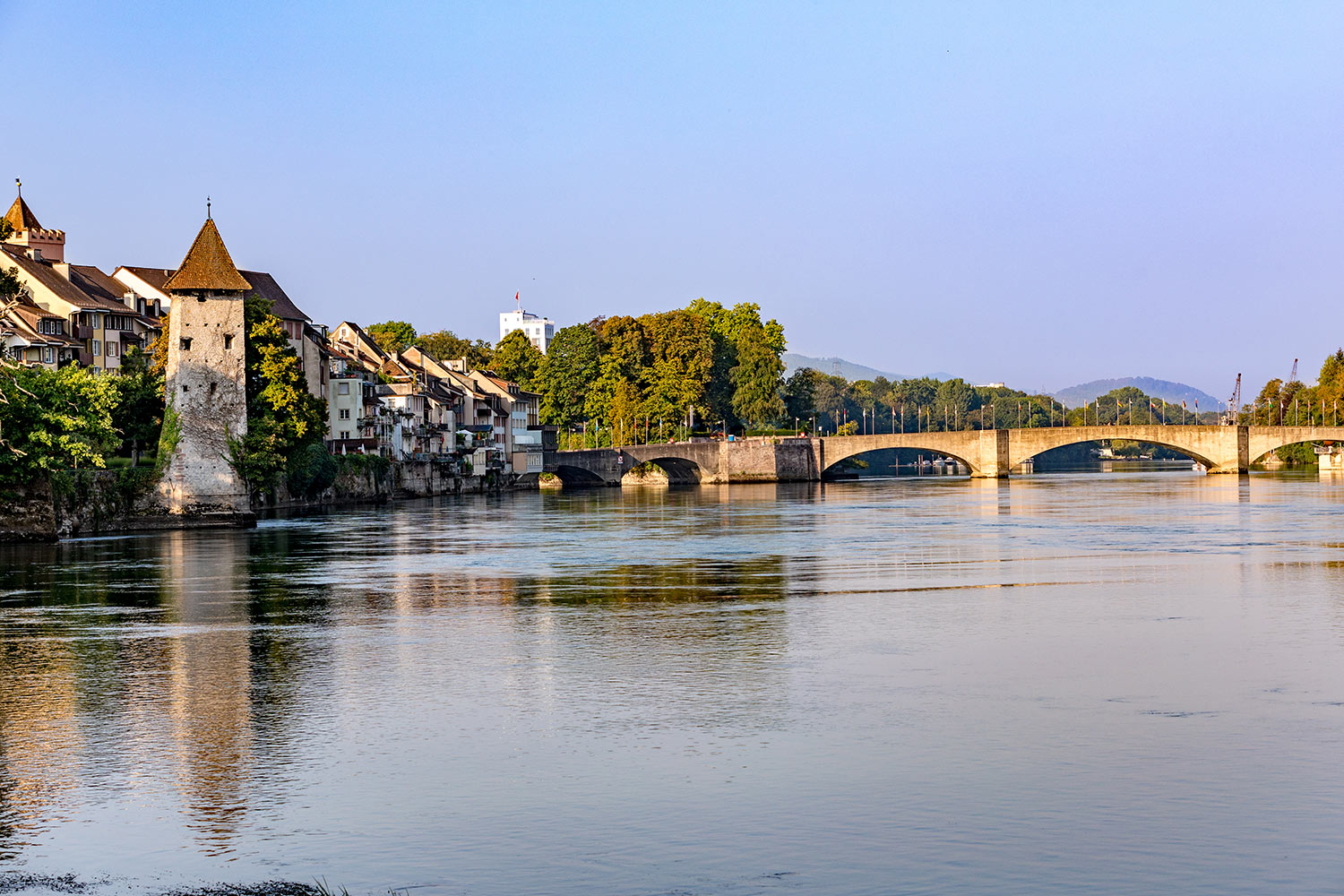 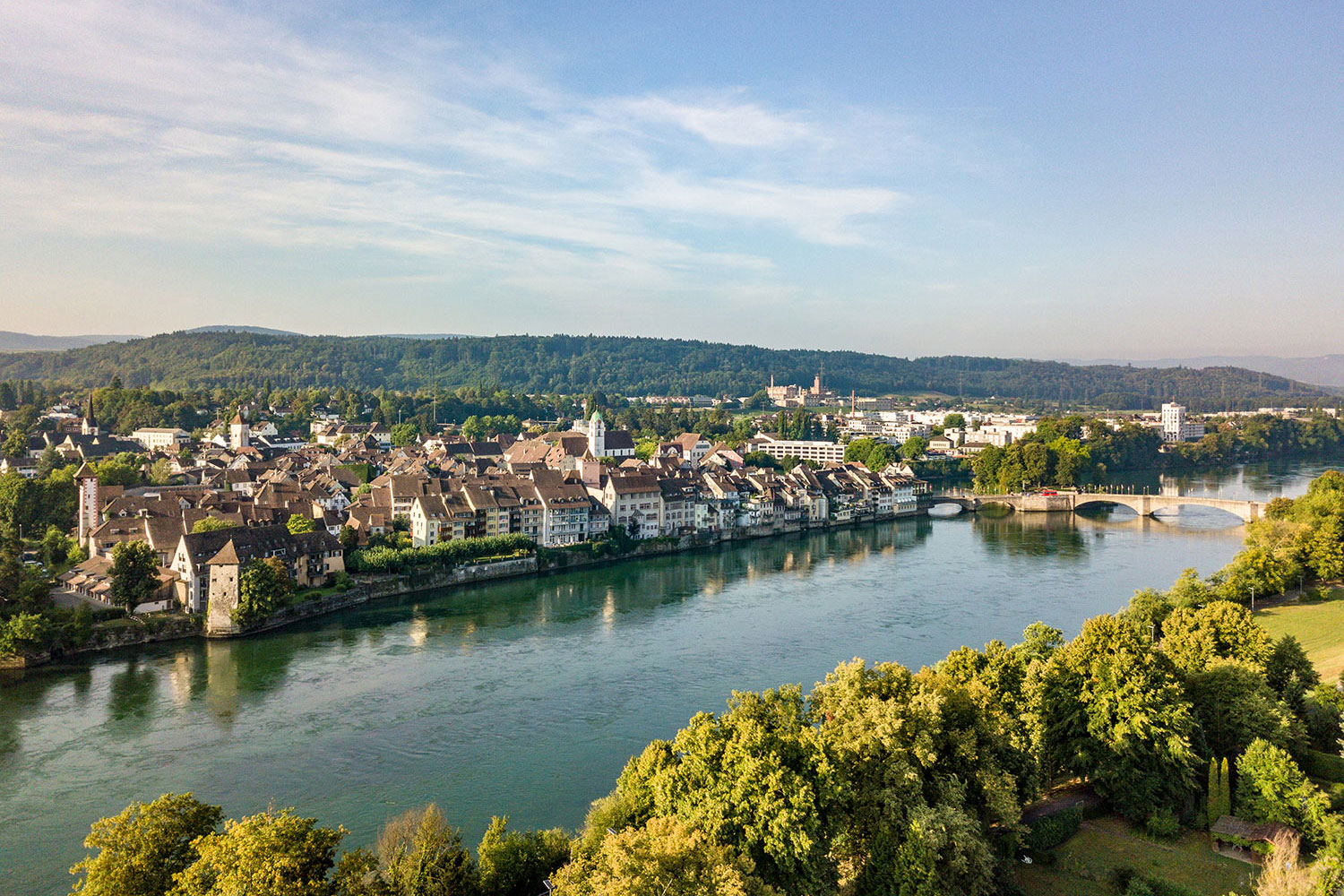 The beautiful Aldstadt of Rheinfelden is located 15 kilometres east of Basel. It is located on the High Rhine and is the oldest ‚Zäringer Town‘ in Switzerland, officially having been given its title by Duke Konrad in 1130. The city is across the river from Rheinfelden in Baden-Württemberg; the two cities were joined until Napoleon Bonaparte fixed the Germany–Switzerland border on the Rhine in 1802 but are still socially and economically tied. A little town with a great history which you can experience in one of the town tours or by walking the medieval streets.

In 1846, It became internationally known when the first salt baths opened and nearly 200 years later, thanks to the natural salt, Rheinfelden has become a well-known town for Heath and Well-being.

Rheinfelden is easily accessible by public transport or car and a great stop-over if are on the way travelling South. It’s a wonderful stop-over if you are travelling by bike as several bike routes, such as the ‚Rhein-Route‚, will take you through the town. If you prefer to travel more leisurely, there is also always the option of taking the boat which will take you from Rheinfelden to Basel Schifflände.

We love living in Rheinfelden. After having lived in London for so long, trying to find the right town was difficult for us. We tried several locations in Switzerland and yet ended up where Nathalie grew up ( Nathalie’s family moved here early late 70`s)  And we are so glad to live here now as it has everything a young family, growing up, could want over the years. We have visited all the play grounds, used the pool each summer and the ice skating rink in winter. We’ve started out by throwing stones in the Rhine and now our  two boys are swimming in it. We’ve pampered ourselves in the wellness of Eden and Sole Uno and dined out out La Ticinella and other restaurants. We’ve rubbed shoulders with the Romans at Augusta Raurica in Kaiseraugst with both sets of grandparents and regularly hop over to Germany to enjoy the Schwarzwald area. There is a lot do in and around Rheinfelden – come and check it out!

Any cookies that may not be particularly necessary for the website to function and is used specifically to collect user personal data via analytics, ads, other embedded contents are termed as non-necessary cookies. It is mandatory to procure user consent prior to running these cookies on your website.

You don't have permission to register